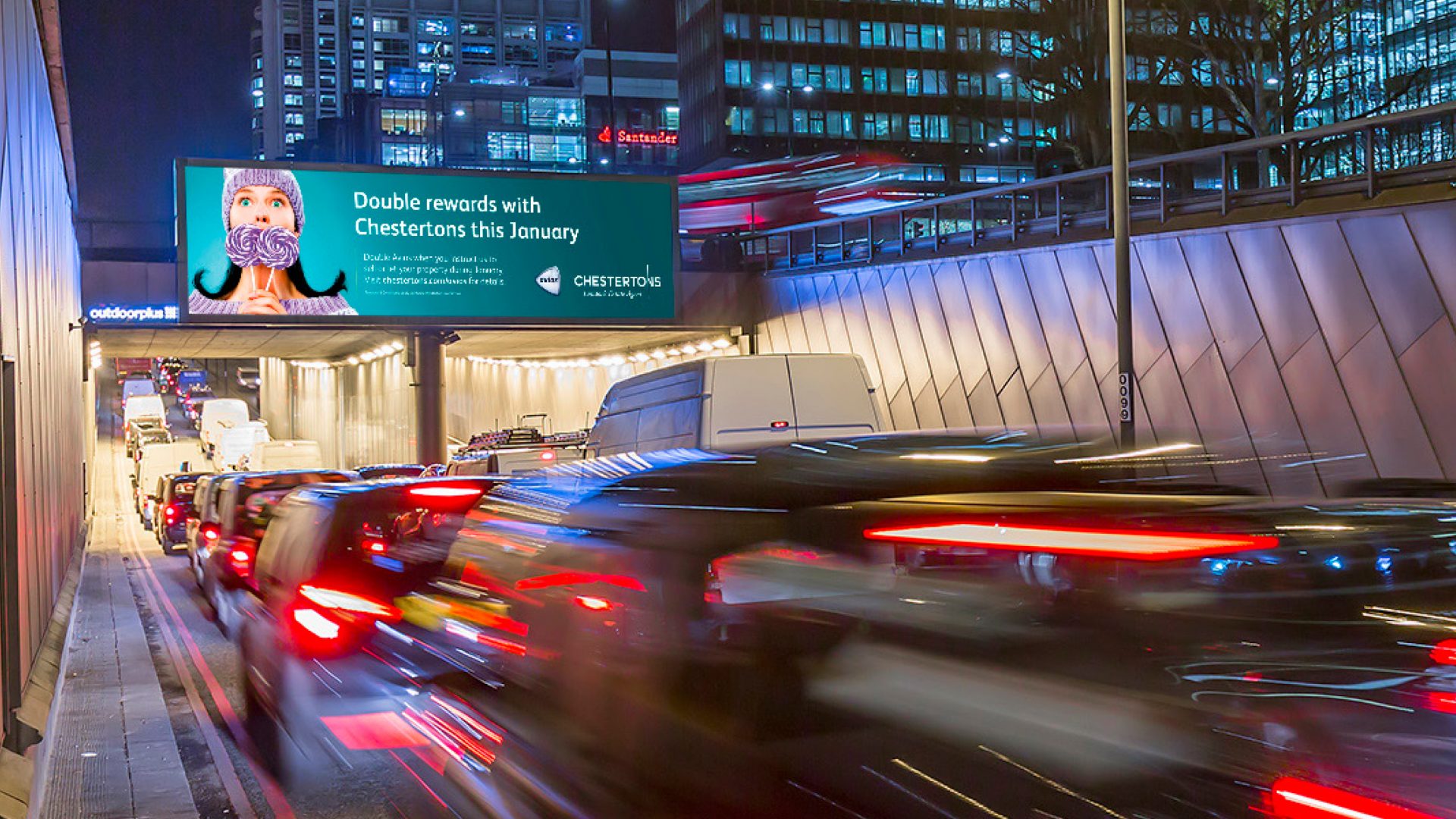 This phase of the campaign ran over Christmas and New Year 2015/2016 and was aimed at customers who were not necessarily familiar with Avios. It prompted customers to join Avios and sell through Chestertons. I went for a quirky, festive approach with much bolder imagery than phase one of the campaign.
The roll-out itself was much more ambitious, with a greater number of digital billboards, bus and Tube advertising. The budget and deadlines were extremely tight, but the campaign was very well received and won the Bronze Award for Best Marketing at the Sunday Times Estate Agency of the Year Awards 2015.